Prom grabs the lead in pursuit of Pattaya Open record

Three-time champion Prom Meesawat produced an unblemished third-round performance to grab a two-stroke lead heading into the final round of the Bt3-million Singha Pattaya Open at the Burapha Golf and Resort on Saturday.

The Hua Hin-based golfer is eyeing the tournament record for most number of titles, having triumphed on this course in 2006, 2011 and 2012.

“It’s nice to stand a shot at making a record. But you can never underestimate the younger players who hit big and will try to chase you,” said Prom, who is followed by the trio of Chaiphat Koonmark, 2018 champion Tirawat Kaewsiribandit and overnight leader Runchanapong Youprayong, an amateur.

Prom who has posted several top-five finishes in his recent tournaments pointed out that intensive fitness training during the Covid-19 break had led to his recent good form.

“I can control my shot better because I’m physically fit. You have to be strong to hang out there and compete against the young guys,” added Prom, looking for his first win since the Singha Masters in Chiang Rai in March 2019.

Runchanapong, a Business Administration student at the University of South Florida, was up and down before he settled for a 69 and a total 198.

“I had a good round except on the 11th hole where I hit into the bush and lost a double bogey. Being at this position is good enough for me, as I’d rather seek experience from playing with good players,” said the 19-year-old Runchanapong. 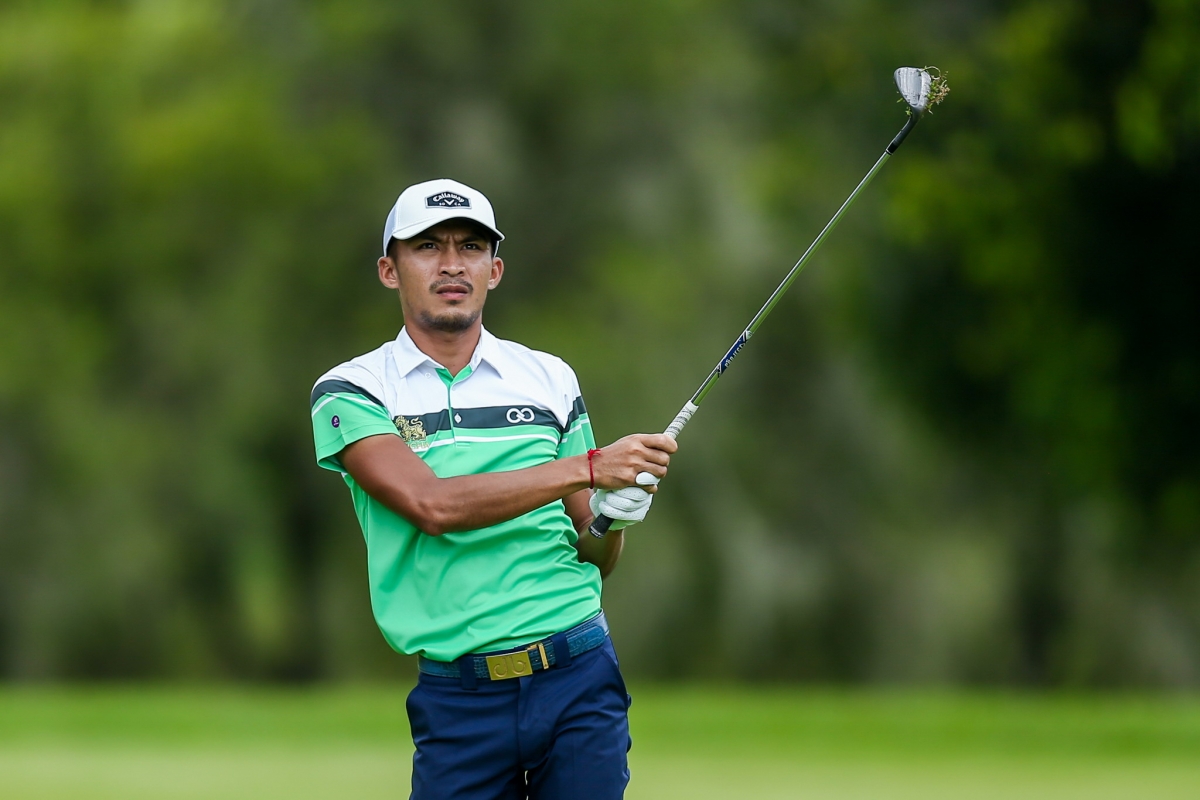 Twenty six-year-old Chaiphat from Ubon Ratchathani province hopes to have a career breakthrough as he tees off on Sunday morning. His best attempt on a pro tour was third position on the Thai PGA Tour event in Khon Kaen province two years ago.

“I will try to give myself a lot of opportunities out there. I have to hit good first and second shots and hope to make some good putts,” Chaiphat said.